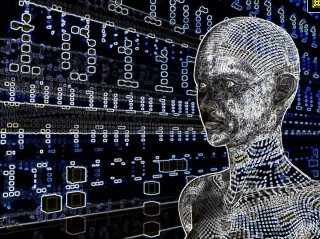 The type of “mind control” we talk about at MoFK has nothing to do with subconscious messages through advertising and television.  It’s not related to flickering lights, or “brain wave entrainment.”  For the effects we have noticed, these things are really, really stupid suggestions as mechanisms.
Real mind control involves the activation and suppression of action potentials, the firing of an individual neuron, in a pattern which creates a real effect in the brain of humans.  It can so subtle, you might not even notice it happening to you.  Neurons fire in patterns, and in groups, and the result of these firing patterns is thoughts, feelings, movements, etc.  It is scientifically possible to cause these firing patterns to be activated remotely, without the use of an implant, by “injecting” electricity into individual neurons using advanced technology.
This is done by teleporting charge via entanglement, something that has been alluded to in recently published research.
For the last 5 decades, U.S. intelligence has done a significant amount of research and development into a technology called “TEMPEST.”  This technology was originally used in order to reconstruct usable information from monitors, integrated circuits, etc in order to remotely surveil electronic devices.  Later, technology was developed which was able to do the reverse, and cause these machines to act in a certain manner.
Human brains are, for all intents and purposes purposes, advanced computers whose mechanism of action is the product of electrical impulses, and the technology surrounding “TEMPEST” could be modified to take control of, and remotely surveil the thoughts and feelings of human beings. 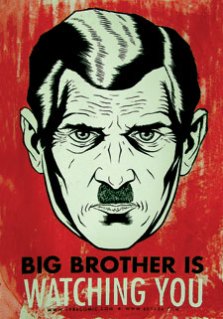 Throw in a “bit” of neuroscience research, and you have the proverbial Manchurian Candidate… and with a bit of infrastructure build out, Orwell’s prophesy fulfilled.

There’s proof that this technology is perfected, and it’s all around you.  A Lockheed Martin researcher spoke about it publicly in 1999, and it may have gotten him killed.  John Norseen had a lot to say about mind control.  NASA has talked about its potential use in airports.  There are a significant number of victims complaining about it all over the world.

If the technology is sufficiently advanced enough, it can be so subtle you won’t even notice it.  If you look at the big picture though, you’ll probably agree it might be happening.

It appears the United States Military used it to cover up the existence of a network of spy satellites.

There’s a significant amount of public research in the field, imagine where the military is.

We are trying to save the world from a tyrannical intergovernmental organization that is hell bent on destroying our species. Please help by reading the links below, and then acting.  I’d like it if the first action you took was telling everyone you know to read the same thing.  This will start what has been called an awakening at which point public knowledge of something really insidious might help to stop it from happening.
It’s also possible to destroy entanglement, which might be the equivalent of a modern day exorcism, or ‘freeing yourself from the matrix’. More about that here: http://unduecoercion.blogspot.com/2012/12/the-science-of-satan.html

A pattern in history, we believe it is a map and a signature, proving that the ‘voice of god’ technology, has been given to humanity.
http://unduecoercion.blogspot.com/2012/10/evil-empire.html

How it works, The map above leads us to a specific mechanism of how this technology works.  This is the science behind modern day mind control.
http://unduecoercion.blogspot.com/2012/11/forbidden-knowledge-quantum-charge.html

It’s Mark on history, this means that prior to the last half century, this technology was in the hands of a nefarious force, one which pulled strings in major human events without our knowledge or approval.
http://unduecoercion.blogspot.com/2012/11/angels-and-demons.html

How I know about mind control.
This is a work in progress, updated daily.  It is a personal story of Illuminati mind control, gang-stalking, psycho-surveillance, and general weirdness.  It takes you through the story of events that occurred between 2010 and 2011, and describes my inner thoughts and interaction with the dark force shaping the future of humanity.  I believe this force to be older than humanity, unearthly, and directly responsible for many religious phenomenon throughout our history.   It is also current engaging world governments, intelligence agencies, and organized crime in a conspiracy designed to fulfill the prophesy of Revelation.
http://unduecoercion.blogspot.com/p/silence-betrayal_10.html

8 thoughts on “Mind Control. It’s all around you.”