Two very public cases do a good job of portraying the broad means by which mind control could be used to coerce or trick someone into being an actual Manchurian Candidate.  Sirhan Sirhan, the shooter who killed Robert F. Kennedy, apparently believed that he was in a shooting range, and nobody was in any danger.  He believed he was touched by an angel, a strangely beautiful woman, on the shoulder; just before the shooting range hallucination began.  After the assassination, he stood in disbelief, waiting to be apprehended, no attempt was made to escape.  On the far side of the gamut, mind control could be used for an extended period of time to foster a life long delusion.  Mark David Chapman believed he was being tempted by the devil, and that he spoke to God.  Just before shooting John Lennon, Chapman saw “Thou Shalt Not Kill” flash on a television screen, manipulation of television programming is a common theme among mind control victims.  These cases might also point you in the right direction of the perpetrator of the crime, or you could look at John Hinkley Jr. and Lee Harvey Oswald, but I’m not sure how you could link those together.

While the ability to “remotely control” a human being is without doubt within the capabilities of intelligence organizations such as the Central Intelligence Agency, MI-6, and the former KGB, remote neural stimulation could also be much more subtle. It could be used to make you ignore, or not care about something that you would otherwise find important, like democracy, privacy, and freedom of speech. It could make you believe that something you read which you would otherwise find intelligent and thought provoking is.. off the wall. Mind control could be used to make you forgive a person or an organization, maybe your government for something that you probably shouldn’t forgive them for. It is possible that it would be so subtle that you would never, ever know it was happening to you.  Much like Mark David Chapman, many could be made to blame “inner demons” for their actions, despite resounding evidence to the contrary.

Convicted assassin Sirhan Sirhan was manipulated by a seductive girl in a mind control plot to shoot Sen. Robert F. Kennedy, and his bullets did not kill the presidential candidate, lawyers for Sirhan said in new legal papers.
The documents filed this week in federal court and obtained by The Associated Press detail extensive interviews with Sirhan during the past three years, some done while he was under hypnosis.
The papers point to a mysterious girl in a polka-dot dress as the controller who led Sirhan to fire a gun in the pantry of the Ambassador Hotel. But the documents suggest a second person shot and killed Kennedy while using Sirhan as a diversion.
For the first time, Sirhan said under hypnosis that on a cue from the girl he went into “range mode” believing he was at a firing range and seeing circles with targets in front of his eyes.
“I thought that I was at the range more than I was actually shooting at any person, let alone Bobby Kennedy,” Sirhan was quoted as saying during interviews with Daniel Brown, a Harvard University professor and expert in trauma memory and hypnosis. He interviewed Sirhan for 60 hours with and without hypnosis, according to the legal brief.
The story of the girl has been a lingering theme in accounts of the events just after midnight on June 5, 1968, when Kennedy was gunned down in the hotel pantry after claiming victory in the California Democratic presidential primary.
Witnesses talked of seeing such a female running from the hotel shouting, “We shot Kennedy.” But she was never identified, and amid the chaos of the scene, descriptions were conflicting.
Through the years, Sirhan has claimed no memory of shooting Kennedy and said in the recent interviews that his presence at the hotel was an accident, not a planned destination.
Under hypnosis, he remembered meeting the girl that night and becoming smitten with her. He said she led him to the pantry.
“I am trying to figure out how to hit on her…. That’s all that I can think about,” he says in one interview cited in the documents. “I was fascinated with her looks …. She never said much. It was very erotic. I was consumed by her. She was a seductress with an unspoken unavailability.”
Sirhan maintained in the hypnotic interviews that the mystery girl touched him or “pinched” him on the shoulder just before he fired then spun him around to see people coming through the pantry door.
“Then I was on the target range … a flashback to the shooting range … I didn’t know that I had a gun,” Sirhan said.
The lawyer said he is convinced that Sirhan was a victim of a mind control project such as those used by the CIA in the 1960s. He is seeking an evidentiary hearing to exonerate Sirhan in Kennedy’s killing.
During the trial, Sirhan tried to confess to killing Kennedy “with 20 years of malice aforethought,” but the judge rejected the blurted statement. 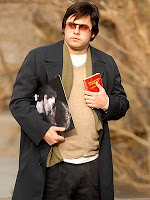 Bresler begins by questioning the “lone nut” theory. Since 1835, 15 men and 2 women have attacked “nationally prominent political leaders in sixteen separate incidents.” Of those 17, only 3 have been ruled insane by law. Mark David Chapman was never found to be legally insane. “The ‘lone nut’ theory simply does not stand up as an all-embracing explanation covering all — or even most — instances of American political assassination.”

Bresler offers the possibility that “Lennon, the politically most active rock star of his generation… was shot dead outside his own home by a killer who was merely a tool, a human gun used and controlled by others to destroy a uniquely powerful radical figure who was likely to prove a rallying point for mass opposition to the policies soon to be implemented… by the new United States government headed by Ronald Reagan.”
Bresler quotes the late radio journalist Mae Brussell, who broke the Watergate story 2 months before the Woodward-Bernstein expose’. Brussell had no doubts: “It was a conspiracy. Reagan had just won the election. They knew what kind of president he was going to be. There was only one man who could bring out a million people on demonstration in protest at his policies — and that was Lennon.”
Bresler speculates that Chapman was a “Manchurian Candidate,” brainwashed and pre-programmed to kill on command. When the moment had arrived, Chapman received his signal and performed his task.
“Lennon knew from early in 1972 that he was under constant surveillance, being followed in the streets and with his telephone tapped.” The ex-Beatle was aware of the surveillance by secret police agencies and so stated on several occasions. For example, in December 1975 he told one interviewer, “We knew we were being wire-tapped… there was a helluva lot of guys coming in to fix the phones.”
Bresler interviewed Arthur O’Connor, the lieutenant who was commanding officer of the twentieth precinct of the New York police that dealt with Lennon’s murder. He quotes O’Connor as saying, “As far as you are trying to build up some kind of conspiracy, I would support you in that line. Like I said originally over the phone, if this gentleman [Chapman] wanted to get away with it, he could have got away with it. There was the subway across the road and no one around to stop him.”
Instead, once Chapman had accomplished his task, he calmly sat and waited for police to come.

I saw a star that had fallen from the sky to the earth. The star was given the key to the shaft of the Abyss.
-Revelation 9:1
In the late 1940’s, two monumental events, whose origin is decidedly unearthly, shaped the future of America and the world.  The whole of America was gripped with reported sightings of flying saucers, epitomized by the RAAF cover up of a UFO crash in Roswell, NM.  At the very same time, the CIA began researching mind control, these experiments would coincide temporally with the phenomenon of alien contact.
Had an alien craft been recovered, what kind of technology would be on board?  Perhaps these two things are liked by more than time, but rather the UFO phenomenon was the very source of the mind control technology — a technology which evolved so rapidly between 1948 and 1963 that it certainly appears that it was being reverse engineered, rather than developed from scratch.
For working technology to have been developed by the time of the congressional hearings on the subjects, with enough time for a significant number of records to have been destroyed prior to the end of the hearings, it is almost undeniable that it had to be given to the CIA.  So far ahead of modern neuroscience would the Agency have had to have been, that it would have been impossible for them to have not used public research, leaking significant advances in knowledge of neural function that did no occur.
Or perhaps they did not create a working product by the time mind control was used to deliver messages to George Orwell, Aldous Huxley, and Phillip K. Dick.  Perhaps it was an outside influence which used this technology, which almost certainly has been reverse engineered completely by now, against the likes of John F. Kennedy, his late brother, John Lennon, and Ronald Reagan.
The dragon gave the beast his power and his throne and great authority.
-Revelation 13:2
Or, just maybe, this external influence both gave the CIA its power, and used it against them, at the same time.  Perhaps the key to the shaft of the abyss was a one way ticket on a runaway train, driven by the Dragon himself.