The year 1999, seventh month, From the sky will come a great King of Terror:To bring back to life the great King of the Mongols, Before and after Mars to reign by good luck.

Nostradamus’s selected year 72, holds several possible links to 1972, both the beginning of the oil crisis which began a multi-year false flag terror campaign to falsely create the great King of Terror — Islamic Jihad  While “from the sky” on its face could describe the flights of American Airlines, it could also be describing another, hidden source of the 9/11 attack… space.   The entire synchronistic set up, the creation of an Islamic terror campaign in the name of God, and the connections to the United States of America might be a very well planned information operation designed to destroy America from the inside.  Though this quatrain clearly points to 9/11, the Munich Olympics terrorism also occurred, in the summer of ‘72.   Century X Quatrain 72 links all of these events, and points you also to Quatrain 99, the heralding in of the end of days.  Nostradamus also alludes to the raising of the dead, another miracle prophesied in Revelation to occur during the End Times… in this case the dead is an old foe:  an Islamic global empire which no longer exists.

The Religion of the name of the seas will win out Against the sect of the son of Adaluncatif
The obstinate lamented sect will be afraid The two wounded by Aleph & Aleph.

The Religion of the name of the seas is Islam, though it’s victory is hollow and contrived, set up… from the sky.  The reference to the sea is to 1984’s Oceania, the fake organization which was responsible for “domestic terrorism” in Orwell’s prophesy.  Orwell’s writings are delivered as part of the engineering of Revelation, and his prophesy demystifies and decodes more of Nostradamus and Revelation. 1984 truthfully describes the terrorist organization as a pawn of the state, and Nostradamus tells us its religion.

What is being foretold is the instigation of a global conflict between Islam and Christianity, the “sect of the son.” Islam, through the false flag or contrived funding and creation of Al-Quaeda, as well as the use of the 9/11 terror operation described in Quattrain 72 and 96.  The obstinate lamented sect is the previously described “sect of the son,” but represents the entirety of Christendom; and its self-destruction due to its fear of terrorism.  The terrorism is clearly depicted as the two [buildings] wounded by Aleph & Aleph [American Airlines].  It’s clear that the victory is due to fear, something we are all too familiar with in post 9/11 America.

99
At the end the wolf, the lion, ox & the ass, Timid deer will be with mastiffs:
No longer will the sweet manna fall upon them, More vigilance & guarding for the mastiffs.

The End Times are being heralded, as they are in reality. by the gang-stalking phenomenon.  The four headed beast, the Fourth Beast of Revelation’s end comes at a time when “Timid deer” are guarded by mastiff’s.  The Timid deer are the Saints of Revelation, the 144,000; the victims of the Octopus.  The mastiff, a Roman guard dog originating from the Roman Army, represent organized crime, and the Vatican — the group responsible for … turning gang-stalking into a weapon against America.  This is the Fifth Trumpet. 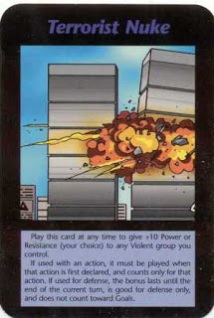 The fifth angel sounded his trumpet, and I saw a star that had fallen from the sky to the earth. The star was given the key to the shaft of the Abyss.

Behold, Lucifer’s power — it’s key — fallen to Earth, probably near Roswell, NM.  The key is advanced alien technology, related to quantum entanglement and reverse engineered from the fallen “star”… the shaft is its unchecked abuse… be warned.

Riddle me this:  would an ancient super advanced civilization accidentally crash land right next to a hardened U.S. military facility?  Would they succumb to WW2 era weaponry?

Now consider:  They knew in advance, and told us about it 2,000 years ago.

It’s been hidden, until now.