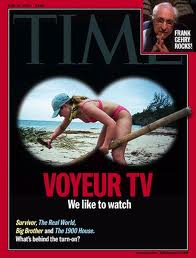 Armed with the new knowledge that our home had been filled with covert camera’s and we had been “pranked” by placing us on a voyeurish “they don’t know they’re being watched” internet website; I ransacked the house looking for them.  As I looked, I recalled the events of the past months, and imagined that they must have been using advanced hacking to ‘break and enter’ into things like my wii and x-box, which had cameras built in for game use.  I had also read about intelligence technology which was able to read information directly from a CCD, called TEMPEST 2.  I went so far as to believe that the wii-mote’s which Mary had placed in “strategic locations” around our home” were hacked into, and the IR CCD was being used to view inside our house.  All these things made sense to me at that moment, and I was sure that if I looked I would find more covert cameras.  Mary and I went upstairs, and I was intent on confronting her because of her involvement.

It became clear much later that none of these things were true.  While the technology does exist, it would have been a waste of time for this organization, which has access to advanced satellite imagery and an infrastructure owned by the UKUSA intelligence organization.  Again, my belief in the outlandish story that was being synthetically implanted in my thoughts was due to more technology, and while I realize that this entire explanation sounds a bit outlandish itself, it will seem less so as the story goes on.  These things have been proven to me, over and over again, and that process of proof began with this story.  The deception which was inbuilt into the “Truman Show” information operation was created in order to hide the source of their ability to remotely view, and also to make it more than obvious that it were possible, something that eventually drives the victim to do a significant amount of research into the “how.”

I told Mary that there must be plenty of physical evidence, whether electronic or actual hardware, proving that my computer equipment had been tampered with.  “If you did it.. I’m OK with it…” I told her, really just trying to extract the truth to her, I had no intention of calling the authorities either way, though the entire thing was beyond criminal.  “But if it was someone else… we should really call the FBI.”  I had been immersed in her stories and references to organized crime for the past three months, and in my mind there was nobody else on the planet who would have the technological know-how coupled with the sadistic lack of empathy to pull off such a strange stunt.  In what has now become a commonplace answer, she replied with a mafia-esque blame shift.. “you did it, Adam.”

This would be the second time she told me that I was responsible, and I would not understand that what she really meant when she said it was that it was because of me, not something I had actually done.  I’m still not exactly sure what the true reason for this belief is, but I have a few ideas.  That’s commonplace also in gang-stalking, to give the victim a false reason for their targeting.  Regardless of the reason, the plain truth is that the purpose of this entire operation is none other than to frame another organization for committing acts of domestic terror, and I’ve heard everything from MI-6, to the KGB, to the Mafia and Aliens.  While some of these organizations may be involved, its not “official business.”  The truth is that the actual perpetrator is an infestation inside all of these organizations, and they are forcing their complicity through inaction to stop it.  It is these groups who have the knowledge of both the technology, and the symptoms of a well thought out information operation like gang stalking, should definitely be able to recognize its fingerprint, and are doing nothing to stop it.

Pushing aside the events of the night, I grabbed a few pieces of electronics I thought might have retained evidence of a computer intrusion.. my router and my x-box, and we got in the car to… get the hell out of there.  We brought our puppy, and went to a hotel nearby, where we stayed without much fanfare until later that evening.  I wanted to return to our home that night to collect more evidence, and went on my computer to check the logs from the NIC card as well as the chat logs from MFC.  Both were blank, the entire night had been erased.  In anger, I logged on to a chat room, one that had been very active the night before, and put in all caps…

“WHY ARE YOU DOING THIS?”

The performer instantly responded saying, “I guess he’s still around,” and immediately after people in the chat began speaking directly to me as well.  One person said “I guess you’re planning a trip to the hospital.”  It was, and I took it immediately as a threat, then the same person said, “we are sending someone to ‘take care of you.’.”  I called a cab to get the two of us out of there, thinking it was definitely not the right place to be at the time… there must be more evidence here than I think.

The cab came very quickly, and both of us went inside to get in to it.   I walked around to the passenger side rear door, and noticed that there were two large men wearing black jackets in the front of the cab.  This struck me as odd, and given the threat I had just received, I told them we weren’t interested in the ride.  They protested, demanding that I enter the vehicle.  I walked away from the cab, around to the driver side, and told them I wasn’t comfortable with the ‘other’ passenger being there.  The driver responded that he could “drop him off around the corner” after we left, which seemed …. well … even more odd.  I said “no, thanks” and walked back towards my door.
Mary, watching the entire situation from the sidewalk, at this point made a comment — as if to the air — “where will they take me?”  I told her we needed to get back inside, that these people didn’t seem “safe,” and she complied following me back in to our home.

Months earlier, Mary had informed me that she had a two-way radio implanted in her tooth.  I know that sounds… strange… but she had been speaking to me as if she were someone else, and for a few minutes I though she was possessed.  I’m going to tell this story in a little bit, but for right now the important thing to know is that the thought of an implanted two way radio was .. intentionally seeded in my thoughts.

Several seconds later my house rebooted.
That sounds funny, but it’s exactly what happened.  My entire house went black, as if the power had been cut, shutting off my computer, all the lights, and the air conditioner.   Immediately I thought we were being physically attacked, as this seemed like the kind of thing a very careful organization would do before breaking and entering, to ensure that alarms and means of communication were cut.    The reboot actually finished, and the power returned to normal after about 10 seconds, in the meantime I screamed for Mary to get away from any windows, thinking of incoming bullets.  We sat on the top of the stairs, and a few seconds after the power returning, my air conditioner went on full blast.
Just like had happened in the taxi-cabs several times previously, small white particles were floating around in the air, and they were visible coming out of the air ducts.  I believed that whoever was ‘coming’ was attempting to knock us out by putting a drug in the air intake, and immediately reached up and shut down the air conditioner.
At this point I am noticeably trembling, shaken from the experience, and sitting next to Mary in the only windowless area in my townhouse I took out my cell phone to call the police.  No signal.  This is possible to do with a GSM jammer, and I was even more scared .. to say the least.  Now, sitting next to Mary, I hear a voice emanating from her mouth:  “What does he think this is.. a hit?”  I will never forget the feeling of sheer fear and horror, that’s exactly what I thought it was… but hearing the person on the other end of the radio say it calmed me a little bit.  She looked at me, and responded out loud, “Yes.”