Please, save the United States of America.

I think Orwell’s 1984 is a message from our future, warning us to do something about what is going on around you right now.  I think it came from people that desire a better world than the one we are currently in, and wanted to warn us to take action before it was too late.

Since I am aware of a large number of people that are at least somewhat aware of this conspiracy, I am at a complete loss as to the complete lack of communication from this group.  It’s a big group.  Whatever your odd reason for not wanting to talk about something that I can promise you is doing nothing but hurting you, your future, and the future of our great nation; it’s not you.

Mind control is a very strong tool, and its very subtle, and while you may think you have the greatest reason in the world to sit by an watch as freedom and democracy are completely removed from our society, let me tell you: your reason is stupid.

For those of you that do not know what is going on, and have no first hand evidence to prove the existence of mind control to you, I imagine that reading this blog is either a novelty to you, or you believe some of what I am saying.  While a lot of the information here is … trivial in the grand scheme of things (like some of the historical accounts, and stories I have written about the modus operandi I personally have observed), most of the information here is very non trivial.  In fact, its so important to spread information about the history and mechanism of mind control, that I would be remiss not to tell you that all our futures depend on it.

We have sat by and watched our civil liberties become severely eroded since 9/11/2001, and even worse, we have watched our great nations government crumble and the hands of a hidden enemy that John F. Kennedy gave his life to warn you about, in 1963.  Mind control is a reality, and its non-earthly origin just as much so.  This technology has been unduly coercing our kind for millennium, and its influence today is as open as it has ever been in recorded history.

For the benefit of our children, the future of our species, and the perpetuation of the equality and freedom that our society has flourished for the last quarter millennium on, it is imperative that information about this phenomenon is spread as far and wide as possible.

The book I have written is a road map in time, to the history of this xeno-technology’s influence over humanity, it contains information that may be required one day in order to preserve our species.  The postings here detail a similar thing, and offer insight and guidance for others into finding the same sorts of evidence of mind control’s influence over humanity.  We may be on the verge of a 1984 like situation, and if that is the case, it is very important that this information be preserved on paper.  I encourage you to purchase a copy of my paperback book (not the Kindle version), in order to ensure that it is available in a situation where the internet no longer is: perhaps due to a recently talked about Executive Order of Barrack Obama regarding Cybersecurity.

The entire blog is here:
https://docs.google.com/open?id=0B6y7q1xqxyWHMDlheVFlQjFDUUE

If that’s not an option for you, I have attached to this post the entire contents of this blog to date, for free download.  Please download it, save it to a cd-rom, and keep it for as long as you can.  In addition please share on any and every social network a link to this post, and any other post you find interesting.

The ones I think will be of most help to a much needed resistance to the current atrocities: 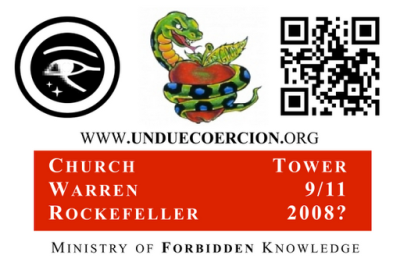 One thought on “Save the USA”